Mi Home Security Camera 360: what this IP camera is capable of?

The market is currently oversaturated with IP cameras from different manufacturers. There are both very cheap solutions from unknown Chinese factories and more expensive branded products. The offer from Xiaomi, as always, is distinguished by its cheapness and a huge set of functions.

Recently, the Chinese company has significantly expanded its line of smart home devices. Xiaomi now manufactures everything from scooters and robotic vacuum cleaners to water purifiers and smart kettles. Like the rest of the products in the smart home ecosystem, the Xiaomi Mi Home Security Camera 360 is compatible with other Mijia devices and is configurable using a proprietary app.

The main feature of the Xiaomi IP camera is its availability. for under 36, you get a functional gadget with impeccable build quality. But is this gadget worthy of your money? You will get the answer to this question by reading my review of Mi Home Security Camera 360.

What are the advantages of a Chinese IP camera

Like other home security devices, the Mi Home Security Camera 360 is packed with features. It can rotate 360 ​​degrees around its axis and tilt up / down 45 degrees. It can be placed both on a flat surface (table, chest of drawers, etc.), and mounted on a wall, using a special mount.

You can watch what is happening in your room in real time. The camera also has a built-in microphone, which allows it to transmit not only a picture, but also a sound. The device is controlled exclusively from a smartphone. In the application, you can control the view of the camera and pan the image. You can also select the recording quality there.

The Mi Security Camera 360 has a microSD card slot located under the lens. To get access to the slot it is necessary to raise the “head” of the camera to the very top. The camera can store up to two days of video recording in memory. And that’s enough.

Mi Home Security Camera 360 is sold not only in China but also in the global market. This means that in the application you will find NOT Chinese characters, but Russian.

The device can work in the motion sensor mode. The mode will activate 10 second video recording whenever the camera detects movement in the room. The device will also send a push notification to your smartphone, alerting you that something is happening.

The algorithm works flawlessly and is sensitive enough. captures movement anywhere in the camera’s field of view. It is possible to turn it on on a schedule, for example, only during the day or at night. From myself I will say that this is a very useful function, it allows you to monitor the house while all family members are at work.

Another nice feature of the Xiaomi IP camera. night vision mode. 10 IR LEDs are installed on its body, which allows detecting movement at a distance of up to 9 meters in complete darkness.

There is an intercom function. You can broadcast your voice over the built-in speaker. This will be useful for owners of large houses, it will be possible to invite children to the table without going up to the second floor.

What are the cons I found

The main problem with Mi Security Camera 360 is the process of its initial setup. As mentioned above, to control this gadget, you need to install the proprietary Mi Home application. On first launch, it will require many permissions (including viewing your SMS and calls).

To install and configure Mi Home Security Camera 360, I connected to an Indian server, but the app was unable to detect the camera. After five minutes of trying to manually add a device, I switched to the Chinese server and only then the camera connected. Not the most pleasant situation.

As soon as Mi Home Security Camera 360 appears in the “Nearby devices” tab, you must connect it to your home Wi-Fi network. But the setting does not end there, you need to show a QR code, which will be displayed on the smartphone screen in the camera lens and register it in your account. Too many body movements, right?

There is one more point that needs to be taken into account. Availability of Xiaomi smart devices varies by region. I mainly used a Chinese server as I have a lot of Xiaomi gadgets that are NOT present in the markets of other countries. This causes some of the interface elements to appear in Chinese.

Xiaomi recently launched smart home servers. Support for gadgets is gradually being added, so now there should not be any connection problems.

Problems with installing and configuring the camera

At this point, I ran into problems again and had to reboot the camera three times before pairing was established. The first time the camera couldn’t find my Wi-Fi network. The reboot allowed her to find the network, but she was unable to connect to it. After the second reboot, the camera finally connected to the Wi-Fi network, but did not sync with the account. 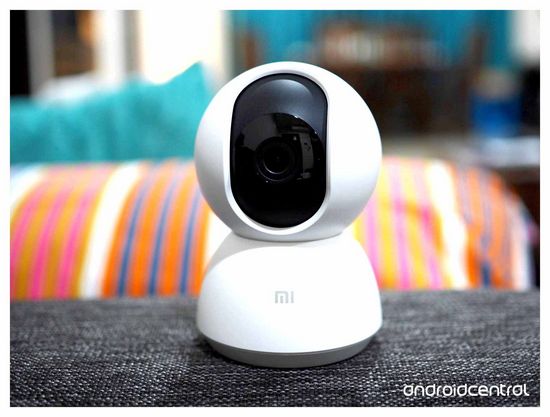 Finally, after the third reboot, Mi Home Security Camera 360 started working. It took a little over 30 minutes to install and configure in general. NOT ideal for a device that “seamlessly integrates into a smart home system”.

There is a quick setup method (you need to scan the QR code given in the manual to register Mi Security Camera 360 in the Mi Home app) but in my case It didn’t work. The app was throwing an error stating that the QR code could be registered.

Therefore, if you want to get this gadget, be aware that you may have to face the same problems during the initial setup. On the other hand, these are just one-time difficulties that can be tolerated.

Overall, the Mi Home Security Camera 360 offers a wide range of features and despite the problems I encountered during the initial setup, it worked flawlessly the rest of the time.

There are certainly better options on the market, but their cost is much higher. The IP camera from Xiaomi primarily attracts with its quality and functionality, then we look at a neat, simple design, and then at problems with the initial setup. It is possible to save and spend a little more time on the initial setup, this is not such a bad option?

Xiaomi declares that it will NOT charge a monthly fee for the Cloud Technologies that the camera uses, as this is NOT in the company’s interests. This statement makes sense, given that the brand is aiming at the budget segment. Real-time surveillance functions combined with motion detection and night vision mode make Mi Home Security Camera 360 a very attractive purchase.

Mi Mijia Home Security Camera 1080P can be installed on a horizontal surface (desk or dining table). Also this camera can be wall mounted.

Drill two holes using the camera mount base as a template. Pre-mark the holes on the wall with a pencil. Drill diameter. 6 mm, hole depth must be 25 mm.

Insert two nail dowels into the holes in the wall.

Install the camera by aligning its slots with the protrusion on the mount. Click and rotate the camera in any direction to fix it.

Turn on the camera

Mi Home Security Camera will turn on by itself after connecting the power cable to the Micro USB port.

Be sure to turn off the power of the camera. Lift the camera lens up to reveal the Micro SD slot. Then insert the microSD card into the slot (the side with the contacts should be at the bottom).

Be sure to turn off the camera before inserting or removing the memory card.

Use a memory card no larger than 64GB with read / write speed not lower than U1 / Class 10.

Press and hold the Reset button to reset the camera to factory settings. In this case, the archive on the memory card will not be affected.

Scan the QR code or go to Store or Google Play to download and install the Mi Home app.

Make sure you have a stable internet connection. The camera light should be flashing orange.

To perform further configuration, the application requirements must be met. In this case, you will have to specify some data, including the Wi-Fi network and its password, after which a QR code will be generated on the phone screen. This QR code will need to be shown to the camera, after which it will automatically configure itself and be connected to your network and your account.

After connecting the camera, you can set its name and specify its location.

The archive recording function of the Mi Smart Home 360 ​​° camera will be available only after installing a microSD memory card.

Format the micro SD card before inserting it.

After entering the archive recording view mode, simply move the time scale to select the time period you want to view.

This feature can be turned on around the clock, during the day or at night. You can also create your own schedule, set the angle of the camera.

The camera can only detect movement within the camera’s field of view.