It is also not the most popular antivirus among Russian users, but it has good test results on Windows 10. Bitdefender Internet Security ranks third in performance in the rating of antiviruses for the top ten. 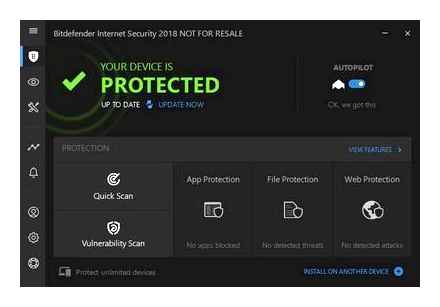 Bitdefender is the most liberal antivirus in terms of downloading and copying files on Windows, which it practically does not affect at all. Installing third-party software is also half the speed of the industry. On the other hand, the antivirus scans the websites that are opened meticulously, as a result of which. the delay is as much as 15% compared to the opening speed without antivirus. The test to identify fresh “malware” while the antivirus passes 100%.

The best antivirus for Windows 10: who is slowing down who? 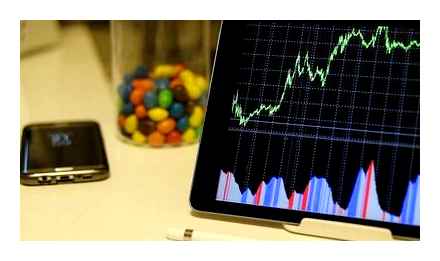 The Windows 10 operating system is the most recent target for malware. In this review, we will take a look at the current ranking of the best antivirus programs for Windows 10, in order to find out which ones have the least impact on system performance.

We continue to research valuable statistics from the AV-TEST antivirus testing lab. In one of the previous articles, we talked about the best antiviruses for Android, and in this article we will consider another pressing issue. antiviruses for Windows 10. And we will evaluate them by an important characteristic: performance.

The performance of antivirus on Windows is a sore subject, there are often cases when the system and antivirus software literally fight each other for processor resources, RAM and Internet connection. In short: if we consider the rating of antiviruses specifically in relation to Windows 10 and precisely from the point of view of performance, you can learn many new names and get a lot of really embarrassing results.

AV-TEST evaluated antivirus software on an Intel Xeon X3360 @ 2.83 GHz computer with 4GB of RAM, a 500GB hard drive and Windows 10 Home installed using five system slowdown tests, each of which was performed with antivirus running. Let’s look at the results.

McAfee Internet Security closes the top five of the top products among the best antiviruses for Windows 10, the free version of which many inadvertently try together with the Adobe Flash Player. Here, however, we are talking about the full-fledged paid version.

McAfee, although 100% passes the virus detection test, already has a noticeable delay in installing programs: 30% slower than without antivirus. But the fastest allows you to open sites and download files from the Web. Copying is generally slower than the industry average. Standard programs run quite fast.

Many of us have never heard of the leader of the performance table according to AV-TEST. Little-known Korean product AhnLab V3 Internet Security is called the best antivirus for Windows 10 in terms of performance.

AV-TEST statistics assert that AhnLab practically does not slow down standard Windows 10 operations: copying files (both locally and over the network) with antivirus running is so minimal that it can be neglected; the same can be said about the processes of installing programs, downloading files from the Internet and launching standard Windows programs. Only site loading slows down slightly, but only 1% more than the industry average. At the same time, the antivirus detects 100% of malware out of 10,684 virus samples collected on the Web over the past 4 weeks.

To our no less surprise, the paid version of Avira ranks second in the ranking of the fastest antiviruses for Windows 10.

With Avira on board, files on Windows 10 are copied only 3% slower than without antivirus. Website loading and file downloads also slow down so slightly that you can ignore it. Standard Windows applications launch about 18% slower when Avira is running, and third-party software installs nearly half the industry average.

That being said, Avira isn’t the best antivirus for Windows 10. just one of the fastest. In terms of anti-virus scanning, Avira does not do well: out of 10 684 fresh viruses, the scanner finds somewhere around 97%.

But our dear Kaspersky is on the fourth line of the rating. Some will be surprised (like us) why only in fourth place with such indicators, others. how did it even end up in the top of the fastest antiviruses, but the fact is a fact: on Windows 10 Home, the full version of Kaspersky Internet Security detects 100% of the viruses it offers and it works extremely well.

So, Kaspersky does not slow down downloading files from the Internet at all. from the word “in general”. Files are downloaded at the same speed as without antivirus. Copying files is almost imperceptible, and launching standard programs and installing third-party programs is half the speed of the industry average. Loading sites is also fast enough. And nevertheless, the fourth line of the rating, although we would readily give it the first.

Three little-known products also show good performance results: MicroWorld eScan Internet Security Suite, PC Pitstop PC Matic and VIPRE AdvancedSecurity. However, the former falls short of the bar in malware detection, the latter suffers from false positives, and the third, to our surprise, works brilliantly. 100% of detected viruses, and performance in certain tests is even higher than that of McAfee and Avira. but why very few people know.

See also  WI-FI does not work on Windows 10 laptop

Avast Free Antivirus, beloved by Russian users, sags somewhat in terms of performance, in particular, due to the slow launch of standard Windows system applications and incomplete detection of malware. Otherwise, all the indicators are pretty decent. we would have given it the place of Avira without any special complaints.

Memorable to experienced users, PC Norton Internet Security and ESET Internet Security are quite “heavy” guys. The second was especially distinguished, which manages to slow down the launch of the simplest system applications by as much as 60%.

After installing Windows 10, the user wonders whether it is worth installing an antivirus on a PC at all. This interest is justified, since the new version of the operating system provides for the availability of a protection service. Today it is called Windows Defender. But this is not a new development, but the antivirus Microsoft Security Essential, well-known among users.

This program has established itself as a good fighter against malware, for which the developers have received awards, including “VB100” from Virus Bulletin Ltd. Antivirus is suitable for general users or small business owners. Microsoft Security Essential runs in the background and prompts the user only when taking the necessary action against a detected threat.

This antivirus helps to cope with the problems that arise, but its ability to block malware is not unlimited, as it is an example of basic protection. If you want to more reliably protect yourself from the actions of Trojans, spyware and other things, you should install additional protection. It remains to figure out which antivirus suite is better for Windows 10.

Important! So far, there is no antivirus program that can protect your computer with a 100% guarantee, so you need to be careful with messages or files coming from unknown users.

Comprehensive protection advocates will also find options for themselves. Such developments have more and, in some cases, better functionality. If you need to choose which antivirus is best for Windows 10, then you can think about installing the following products:

ESET NOD32 Smart Security 9 Beta (from 1 950 rubles). a new version of the respected “defender”, from which the improved version differs in the protection of online banking, support for network signatures, an updated user interface.

The built-in antivirus program will serve correctly and reliably if the computer does not become a targeted target of cybercriminals, and its owner avoids visiting “dangerous” sites. But sometimes you have to download information from not the most trusted sources, so it’s safer to install something else. At the same time, it is not necessary to buy an expensive protective product. you can use a free analogue.

When deciding which free antivirus is best for Windows 10, you can pay attention to several of the most common options:

Avira Antivirus Free 2015 is, according to the developers themselves, “the best free antivirus.” It protects the user’s personal data from major threats, including virus attacks and theft of confidential information. Interferes with spyware, trojans, worms and viruses and can scan data in the cloud in real time.

The best antivirus for Windows 10

When connecting to the Internet, the user is always at risk, because there is always the opportunity to get a malicious program on a computer.

Those who have recently installed a new operating system Windows 10 also have to worry about this. Therefore, today we will try to answer the urgent question, which antivirus is better to install on Windows 10.

See also  How to speed up your Windows 10 computer

The best antivirus according to the editorial board

It all depends on what risks you face when working at a computer:

According to the editors, the best antivirus software option for a Windows 10 computer is to install Avast Free Antivirus. Yes, it does not have much functionality like its competitors, but at the same time it has all the standard antivirus functions and does not load the system. Also, its advantages include:

Some functions may not be integrated into the antivirus itself. As required, the modules of scanners and additional protection can be downloaded and installed from the official websites of the manufacturers.

It’s hard to know which antivirus is the best for Windows 10 unless you test it. The parameters for assessing the quality of the program are:

Of course, paid protection systems win in terms of reliability, but whether you need such increased protection is up to you. Experience shows that free software works just as well as paid software. The main thing is to take into account the specified parameters when choosing, then working on the computer will be pleasant and safe.