The Moscow Department of Information Technology is working on the issue of open access to the surveillance system on the air, without the possibility of viewing the archive.

A test Internet Resource has been created, which is already used by several thousand active users of urban electronic services. But the final decision on launching the service to the masses has not yet been made.

In parallel, in several districts, an experiment is being carried out with the installation of intercoms, when residents can watch the broadcast from the cameras at home on TV on a special channel.

What cameras can you get

See also  How to set up mail on android.

How to get recording from city surveillance cameras

If you find a dent in your car or a stroller has been stolen from your yard, the city surveillance system will help to identify the culprits. How to get a recording from cameras and what is needed for this, read the material of the online publication m24.Ru.

City surveillance cameras are actively used not only by utilities to track the work of their specialists, but also by law enforcement officers. Last year alone, thanks to external surveillance, 1,700 offenses were uncovered, and the townspeople submitted more than 8,000 applications for booking an archive.

Most often, Muscovites apply for a receIPt. If someone damaged a car, a stroller, a bicycle went missing, as well as if there was a burglary, an attack or a fight.

“The most valuable witnesses of cameras can become if a trouble occurred in a residential area, where the density of camera coverage is especially high, or in a public place. in the metro, at a busy intersection,” the press service of the Moscow Information Technology Department explained.

How to get the entry

In order to receive from city cameras, you need to call the hotline of the surveillance system 8 (495) 587-00-02 and ask you to save the record in the archive, specify the place and time you are interested in. The operator will tell you which cameras are nearby and assign a request number.

It is important to do this within five days after the incident, otherwise the recording will be deleted. And so it will be sent to the archive for another 30 days.

With the assigned number, you need to contact the police. Law enforcement officers will receive and give you an electronic record. Your lawyer can take it too. 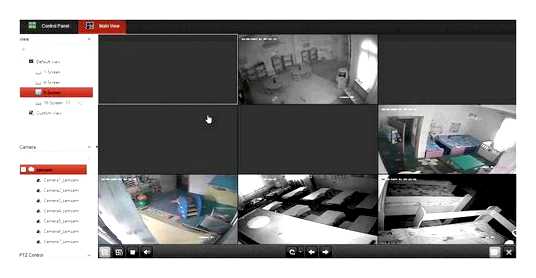 Employees of administrations, prefectures, housing and communal services, OATS and other inspection services also have access to the archive from their workplaces.

See also  How to activate SIM card on iPad. How to configure call calls to iPad?

Private cameras in the city system

In the foreseeable future, Muscovites will be able to connect their cameras to the surveillance system. According to Dmitry Golovin, head of the city surveillance department of the information technology department, a plan for integrating private cameras into the city system can be developed and approved by the end of the year.

“Residents can be PROVIDED the opportunity to connect their surveillance cameras and thus ensure peace for themselves that the territory that falls into his interests and is filmed by his camera will be followed by specially trained users: law enforcement officers and so on,” he noted.