Using your smartphone as a webcam

In many users of modern smartphones, a lot of outdated gadgets have probably accumulated at home. Unfortunately, mobile devices based on the Android operating system are designed in such a way that even the most modern devices become practically useless after a few years. And it’s not just about the moral obsolescence of technical characteristics. The devices themselves are NOT originally designed for long-term operation. This is evidenced by the same non-removable battery. 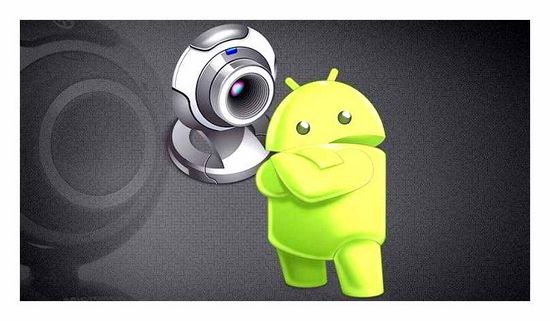 After three years of use, the battery loses up to 50% of its original capacity, and due to the fact that Android smartphones and new ones rarely work longer than one day on a single charge, the loss of 50% of the capacity will lead to the fact that most of the time the phone will be connected to charging. In the article “How to increase battery life on Android” you can read recommendations on how to reduce the power consumption of your smartphone.

Unfortunately, such gadgets are useless, but it’s a pity to throw them away. Thus, a person is looking for how to apply these devices in everyday life. One of the options may be to use a smartphone as a webcam. As strange as it may seem, a webcam in the house is a pretty useful thing.

Thanks to the web-camera, a person can remotely monitor his apartment, his child or pets. Who knows, maybe one day a webcam will help protect an apartment from burglars. There are many applications that activate video recording when a moving object hits the camera. And there are those that record video on Cloud services, which can be extremely useful when a smartphone is detected.

You can use the camera for more trivial tasks, for example, install it instead of the eye hole in the door, or even better, disguise it somewhere in the hallway. Thus, a person will see visitors sitting at a computer or holding a mobile device in their hands.

The simplest, but not very effective way of transmitting a video signal is the Skype program, which can make video calls.

The algorithm of actions is quite simple, a person installs and launches an application on a smartphone, places the device in the desired position and observes what is happening from another smartphone. Mobile network connection in Skype is head and shoulders above any video surveillance software.

In addition, a person can watch what is happening from a computer, or maybe from several devices at once. This is also an indisputable advantage of video communication programs.

The most significant disadvantage is that to start video surveillance, a person must make a call and pick up the phone on one of the devices. That is, a person cannot connect to a remote device at any time, which means that both smartphones, must be constantly connected, are in touch.

Another, no less serious problem is the increased power consumption, because during a call, the device screen must always be on. And the problem is not only in the smartphone playing the role of a camera, it must still be plugged into an outlet. The problem is primarily in the user’s device, which must be connected.

Using your smartphone as a webcam using the IP Webcam app

A truly convenient application for video surveillance is IP Webcam. This program can be downloaded absolutely free of charge from the Play Store. The program works in two modes, over a local network and an Internet connection.

Having entered the program, a person scrolls the menu to the very bottom, after which he presses the “Start” button.

After starting, the program displays the image from the camera. At the bottom of the screen, the address is indicated, which must be entered in the address bar of the browser.

If the address is entered correctly, a page with viewing options will appear on the screen. Perhaps, by default, the browser will not accept the audio signal. To fix this, you need to go to the same address, but with the introduction of HTTPS.

The main parameters that the user needs to work with are “View Mode” and “Listening Mode”. For some of the functions, you may need to turn on the Flash player.

Of the additional functions, available video recording, no longer than two hours, then the recording is overwritten again.

If desired, you can switch video recording to the front camera, turn on the flash and improve the quality of the recording itself.

On a smartphone, you can press the “Action” button and select the “Run in the background” option, after which the smartphone can be put into sleep mode, while the video continues to be transmitted to the remote server.

Thus, the mobile device still functions as a web camera, while, due to the disabled screen, it significantly saves energy.

In addition to the page, the photo function is available. Unfortunately, shooting is triggered with a delay, which is why this function is not very convenient.

Work in a local network, allows you to transmit a video signal at a sufficiently high speed, due to which the picture looks smooth. However, as already mentioned above, sometimes it becomes necessary to conduct video surveillance of an apartment remotely. For this, it is desirable to have at least a stable 3G connection.

To work with the mobile Internet, you need to go to the “Internet broadcasting” section and create an account with Ivideon. To do this, simply indicate the email and password.

After registration, a person enters the site ivideon.com/my and enter the previously specified academic data.

After performing all the manipulations, the user must press the “Start” button again and select the broadcast window on the website.

READ  How to connect your phone to the PlayStation 4

Unfortunately, even when working with 3G Internet, the data transfer speed is poor. The image is transmitted with a significant delay.

By clicking on the video, the window will enlarge. To speed up the work, you need to reduce the video quality, indicated the parameter “LOW”.

Summing up, it should be noted that the most reliable way to use a smartphone as a webcam is the IP Webcam application. In addition, the service for transmitting a signal over a mobile network is not yet optimized enough and works intermittently. In other words, it is best to use your smartphone on your home network.

How to use your phone as a webcam?

Let’s face it, the webcams on most laptops are really bad. If you want to look your best during Zoom video conferencing, but don’t want to spend money on new equipment, you can use your phone as a webcam.!

Yes, yes, we mean exactly the smartphone that you use for photographing pets and nature, and its purpose can be changed, and all so that you look good when communicating with clients and business partners! In this article, we will show you several ways to use your phone as a webcam, no matter what device you have.

For starters, it’s worth downloading one of the best video calling apps right to your smartphone. Zoom, Skype, Google Duo and Discord. one of the options for free mobile apps for Android and iOS devices.

However, if you want to use your smartphone as a computer webcam, you will have to do something different. This includes downloading a dedicated application to your phone that broadcasts the signal over Wi-Fi to the exact same application on your PC. The application then reports to the selected video conferencing service (Skype, Zoom, etc.) that the phone is a webcam.

However, it should be noted that if you plan to use your mobile phone as a webcam for an extended period of time, we recommend keeping it connected to a power source, as streaming video will drain the battery in no time.

Well, we present to your attention a list of the best apps that will help you transform your smartphone into a webcam!

Unlike many webcam software that has a free trial, the iCam app requires you to pay 5 right away, so you get all of its features, including full resolution video and use of both smartphone cameras. The iCam mobile app is available for both Android and iOS devices and can be streamed over Wi-Fi or connected directly to a computer via USB.

After downloading the application to your smartphone or tablet, you need to install the corresponding software on your Mac or PC. The mobile application then automatically interacts with the program on the computer. It should be noted that Zoom, Google Hangouts and Skype recognize the smartphone as a webcam without any problems.

Works over Wi-Fi and USB. Compatible with Android, iOS, Mac and Windows.

READ  How to Record On a Computer From a WEB Camera

After installing the drivers, the application icon on the mobile device will change, and an icon with shining circles will be displayed on it. After launching the application on a laptop, you should see the video from the iPhone camera directly on the computer.

Initially, you can only use the rear camera on your iPhone, but if you rate the application, you will also have access to the front camera. The free version of EpocCam limits the camera resolution to 640 x 480 and the app launches with ads. When you upgrade to the paid version ( 7.99), you can stream up to 1080p, use finger zoom, iPhone flash as a light source, enable HDR, and more.

Ivcam is available for both Android and iPhone, but the desktop software only works on Windows PC, which makes it NOT suitable for Mac users.

Only available on Windows PC.

NDI requires the user to download the application on both devices, as well as a special driver on the computer. Both PC and Smartphone Must be connected to the same Wi-Fi network and the NDI HX then transmits the channel from the Smartphone to the PC app. Then, using the NDI virtual input program, you can tell the video calling application of your choice to use the iPhone as a camera.

Among the features, there are some good tools such as zoom, exposure adjustment and the ability to use the phone’s flash as a light source. The developers recently made the app free. it used to cost 20. but desktop software is only available for Windows PC.

As is the case with most products, DroidCam has two versions: free and paid. The latter, called the DroidCamX Pro, costs 5 and removes ads from the app, raises the maximum resolution to 720p and provides more camera controls such as mirroring, video rotation, brightness and contrast adjustments, and the ability to use the phone‘s flash as light source.

Developed by Dev47apps, Droidcam is compatible with both Android and iPhone, but the desktop client only works on Windows and Linux systems. If you have a Windows 10 computer, you will need the 64-bit version. If you are using Windows 7 or 8, both 32-bit and 64-bit versions are supported. You can connect your smartphone via Wi-Fi or USB (the second option will extend the battery life of the device). Android phone owners can run DroidCam in the background and use the device as an IP webcam.