Is it possible to charge a smartphone, headphones or watches with a more powerful charge? Volta and ampers for “dummies

I often meet on the Internet the same issues related to charging gadgets. They sound something like this:

-My Bluetooth Hbiles went without a power supply in the kit, and the instructions say that they need to be charged from a computer USB-power with a capacity of 5V and 0.5A. What will happen if I connect a power supply to them at 5V and 2A? Will the headphones burn out?

If you also asked such questions, then most likely you found an answer that sounded something like this:

The device can be charged with any charging by 5 volts, regardless of the amount of amperes. It will not take more current than he needs.

Despite the fact that this is the correct answer, it does not satisfy many, since it is not entirely clear what the phrase “will not take more amperes than necessary”.

Does this mean that the power supply on 5V and 3a will force to “push” a lot of current into the unfortunate smartphone, but the smartphone will resist this, at times heated like a stove? Or maybe the whole thing is in the “smart” power supply, which will first “ask” the device how much ampere he needs, and then gives the corresponding current?

If we choose the first option, then somehow this prospect is not very pleasing. You begin to directly feel the pressure that the gadget experiences, resisting a strong current. It seems that sooner or later he will not stand it and will fail.

And if you choose the second option, then there is a doubt-is it really my charge is smart enough and whether it will find out something with the device? And if she is stupid or my device “does not speak” in her language and then she simply begins to push 3 ampers of current?

In fact, no matter what of these options you choose, this performance will be incorrect. In reality, from a power supply to a USB cable, it simply will not go more than current (more amperes) than you need a smartphone, watch or headphones. And it’s not about the smart power supply, but in the laws of nature. 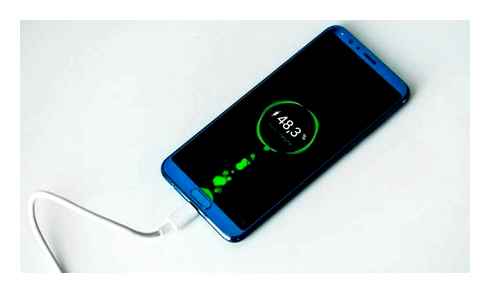 Actually, I would like to tell you more about this in order not only to give a short answer and leave doubts, but to explain at the fundamental level, which really happens when we connect a more powerful power supply than the one for which our device is designed.

Modern smartphones install lithium-ion batteries. It is already impossible to increase the working time of such batteries, but you can speed up the charging process. Fast charging technologies optimize it in two ways:

Is Fast Charging Harmful☠️ For Your Smartphone? | Janiye Pura Sach

Many companies are developing their own fast charging protocols, but Qualcomm technology called Quick Charge has received universal recognition. Quick Charge can be used with HTC, LG, Nokia, Xiaomi and other Android smartphones. Simply put, it works on all phones that are equipped with Qualcomm processors.

Technologies such as OnePlus Dash Charge, Huawei Super Charge, Samsung Adaptive Fast Charge and Motorola Turbo Charge are based on Quick Charge from Qualcomm or compatible with it.

What is a real fast exercise

Fast charging. where currents are 2 C or more. And there are areas where it has long been not news. For example, in the same power tool. Bosch and other manufacturers for 6-7 years now offer itals, charging batteries of 3000 mAh in 35 minutes (20 minutes to 80%). It seems to me, except for high currents in the first phase, such a time is achieved by reducing the second phase of the CV charge. As a result, the batteries gain only ~ 90-95% of the nominal capacity, but you do not wait until you turn blue.

Is SUPER FAST charging BAD for your phone? 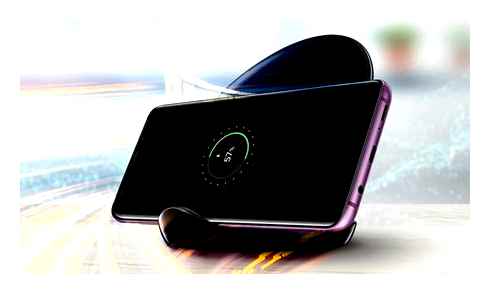 Here, for example, the species of Samsung “cans” 18650, working in such modes:

For a capacity of 2000 mAh, the maximum charge current of 4 A is indicated, which is 2 s. And the maximum charge time is 50 minutes. Why not 30 minutes? Let me remind you that charging Li-Ion batteries consists of two phases. On the first phase, a current restriction is set. As the battery is saturated and the maximum regulated voltage value is achieved, the process goes into the recharge phase on which the voltage is fixed, and the current gradually drops. This is how this process can be portrayed for 1 s mode:

For 2 C the schedule will look similar, but will get cleared up in time. Plus, different batteries can have different characteristics, and the CV phase (with constant voltage) can begin at different levels of accumulated charge.

So when you are told about a steep fast charging, which in fact operates with currents up to 1 s (and on the market you can count models capable of more on the fingers), just know that in other areas it was twice as steep years ago.

Question: Is it useful every time to discharge the phone “to zero”?

It is such a scenario of use that is the most harmful for the lithium-ion battery. Do not allow the drop in the charge below 20% and more often recharge your phone. Otherwise the wear of the battery will accelerate. It is best to maintain a charge of 40-80%. You will not do any harm to the battery, charging it 2-3 times a day.

Once again I would like to emphasize this idea. it is better to put your smartphone for charging more often than to wait for its full discharge.

What charging to choose for the phone

I would like to summarize the use of chargers for phones. How to be?

In any case, you can charge different devices with one charging. It is best to use analogues from third.party manufacturers. But always pay attention to the quality of the accessory and try not to use too cheap chargers.

The function of tracking the location in the smartphone has long become the subject of a large discussion. With the introduction of the function of a mandatory request for resolving access to geolocation in certain applications, users increasingly began to ask the question: is it worth it to include it at all? Here, the owners of smartphones were divided into two large categories: some completely turn off all such functionality, others simply do not pay attention to tracking. Today I propose to figure out which of them is right and once and for all put an end to this issue.

For a year now, manufacturers of smartphones are actively introducing 5G modems into their devices, adding to the name of the device “5G”. These two symbols instantly make any smartphone relevant and modern. It is worth adding that during the time, while the fifth-generation networks appeared in other countries, the 5G scartphones managed not only to cheaper: many budget smartphones support 5G and this is the norm. It is a pity that there is no point in acquiring such devices in Russia yet. In fact, it is surprising that in our country the 4th generation networks are so well developed, but at the same time 5G did not appear with everyone. In today’s material we will figure out: when 5G will appear in Russia, which is 5G better than 4G and how 5G is able to make our life better than ever.

Recently, our telegram chat is literally torn from users’ messages who cannot pay for subscriptions and download applications of VTB-type suicide banks, which are more unavailable in the Google company store. Alas, every day of applications that have fallen under restrictions are becoming more and more. There is only one way out. Search for the Google Play alternative or download programs from external sources. However, everything should change very soon, Russia announced a domestic application store for Android Nashstore. According to sources, he should appear already in May 9, 2022.

Is it possible to charge a smartphone with non.original charging?

With wired charges, in fact, the same thing. everything is regulated by standards. There is nothing wrong if you charge the iPhone cable Lightning from an uncertified manufacturer. Of course, you will see the inscription on the screen “This cable or accessory is not certified”, and the smartphone may refuse to charge, but this is usually treated with a shutdown and re.connection of the cable. But such cables are ten times cheaper than the original, but at the same time they often suffer from the quality of performance (although much has already been said about the quality of isolation of the original Lightning cable).

If you want apple deductions from buying a cable, you can buy a cable from a certified manufacturer: they usually cost cheaper than the original, but more expensive than a Chinese know-nome. In this case, unpleasant inscriptions will definitely not appear. With charging from the iPad. the same. Yes, and Samsung smartphone can be charged with an adapter and cable from Huawei. Or NONONEMED USB cable from PC. Why. read below.

Is it possible to charge a regular phone with fast charging

Are charges more powerful than 100 watts

Until recently, charging with a capacity of above 100 W could only be bought at your own peril and risk. We are talking about those who could give out such a value through one port.

In May of this year, USB developers have finally updated the Power Delivery and Type-C specifications to provide exercise from 100 to 240 watts for more energy-intensive devices, such as gaming laptops. But with such high power, you should still be careful. At least for now.

It takes time to design, build, test, certify, and then manufacture the Power Delivery charger or external battery. Three months that have passed since the appearance of a new format is clearly not enough. The appearance of safe and reliable devices should be expected no earlier than 2022. You can even assume that they will become massive after CES 2022.

The nearest CES can please us with really quick charges. Here are just phones with them will have to wait a little longer.

For charging at such a high speed, both charger, and the loaded must maintain the appropriate standard. Otherwise, you can damage the components inside your laptop or phone. It will take even more time to introduce new technology in the model of laptops and phones than to appear the first food adapters. So, while manufacturers of accessories are not interested in new production.

Many people are needed by chargers. Especially now, when smartphones are increasingly produced without them in the kit. There are dozens of good chargers with Power Delivery and even external batteries on the market. The main thing is to choose your own and decide on the requirements for it. Well, it is desirable not to save on this purchase. Especially if you want to charge an expensive gadget. You can spoil it for one charge only with frank self.firing. But constant voltage surges and irregular currents can lead to the phrase “something battery began to quickly sit” it will sound from you much earlier. But you can damage not only the battery, but also its controller. the symptoms will be the same.