Traveling around the city often creates certain problems for the motorist. The main one. it is a parking lot in a vibrant city. Practice shows that the overwhelming majority of small accidents occur precisely when the car needs to be “driven backwards” into a bottleneck. To avoid problems when parking backwards, rear view cameras have been invented, which make life much easier for the driver. Today we will teach you how to choose this device correctly and install it on Renault Duster with our own hands. 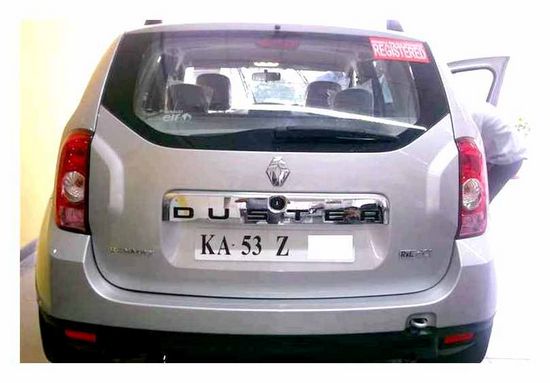 Not an easy choice

Most of all, those Renault Duster owners were lucky, who took care of this convenient device in advance and have a regular rear–view camera on their car. Why is it good? The fact is that it is the standard device that allows Renault Duster to feel perfectly when parking backwards, and dynamic markings allow you to instantly determine the optimal trajectory of movement and the exact distance to each obstacle.

However, you should be upset if Renault Duster is NOT equipped with a standard rear-view camera, because hundreds of manufacturers from all over the world are ready to offer the buyer dozens of different models installed on the rear of the trunk, which have different characteristics, functions and capabilities.

To answer the question of what kind of rear-view camera is best to put on Renault Duster, you need to understand what is already provided in advance by the package and what you can save on. Here we are talking about the presence of a standard multimedia device or other radio with a display.

The presence of one of these devices on the Renault Duster means that there is no need to purchase a rear-view camera, which is equipped with a monitor. This can save the buyer a lot of money and significantly reduce the amount of work required.

If a radio tape recorder with a display on the Renault Duster is not installed, you will have to park in the back, guided by the data, which are displayed on alternative displays. One of the most popular variants of rear–view cameras displays the data necessary for rear parking in the mirror. That is, the set of such a device includes an alternative salon mirror, which replaces the branded one and performs two functions at once: a mirror and a monitor.

In addition to devices that output data to the rearview mirror, devices that have a display for the center console are widely used. That is, the device is connected to a monitor, which can be arbitrarily installed in the front of the Renault Duster cabin. over, as a rule, such a technique is accompanied by the operation of the parking sensor and allows you to feel the back of the car Not only with the help of video, but also with sound.

Many of those who decided to install a rear view camera are concerned about the question: is it possible to do all the work on their own and save their own time and money? It turns out that such work is NOT difficult and even a beginner can do it, study in sufficient detail the materials on the operation of the car and, above all, the instructions that come with the kit.

The easiest thing is for those whose Renault Duster is already equipped with a radio with a color display and a connector for connecting a device. Indeed, in this case, you will NOT have to additionally install an electronic salon mirror and pull the wiring to it through the entire interior.

All work begins with the Renault Duster radio. To do this, the center console is immediately disassembled.

It is important here, if possible, to do without the use of a screwdriver, knife or any other object, which can easily damage the interior plastic and render one or more decorative parts and inserts of Renault Duster unusable.

Prying the console, you need to remove it and then remove the Renault Duster audio system from the installation site. After that, using a screwdriver, the connection connector is pushed in, which is responsible for the interaction of the multimedia system and the Renault Duster peripheral devices. A two-wire wire must be prepared in advance, which will subsequently connect the lens and the monitor itself. In the tenth and twenty-second pins (third from the left in the first and second row), both wires are clamped, and then the radio tape recorder and the Duster center console trim are installed in place.

If the device interacts with a rear-view mirror, you must pry the old mount to install the electronic mirror that was included. The wire from it passes inside the cabin along the windshield frame, and only then passes through the central tunnel and is pumped where the rear of the car is located.

The lens itself is mounted in the rear of the Renault car. As a rule, installation is carried out instead of one of the room backlight lamps, therefore, it must be removed in advance by removing the tailgate trim. Through the connector included in the kit, the wire is connected to the lens, and after that you can check its operation.

Rear View Camera. extremely useful assistant for the owner of Renault Duster. With the right choice and competent approach, this device will help you to accurately feel the car when parking backwards and level the problem when maneuvering in a metropolis.