How to get video footage from CCTV cameras in Podolsk 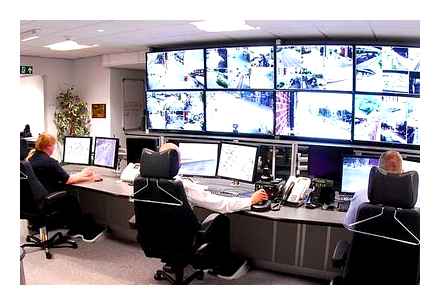 Many Podol residents found a dent or a scratch on their parked car, and sometimes even witnessed a street fight. In such incidents, video cameras installed throughout the city district help to find out and prove who is right and who is wrong. The observer of “RIAMO in Podolsk” found out how the “Safe Region” system works, how to get a video recording and whether it will be accepted by the court.

Many wondered how to protect themselves and not become a victim of a scammer or a thief, as well as how to find an intruder if, for example, he damaged someone else’s car or stole a bicycle. This will help the surveillance cameras installed throughout the city district of Podolsk and connected to a single system “Safe Region”.

As a rule, cameras are installed in crowded places: at train stations and railway stations, at large shopping centers and social facilities, as well as at playgrounds.

In total, today there are over 900 such cameras in the city district, another 60 are planned to be installed in 2019.

It should be noted that such cameras have been installed not only in Podolsk, but also in many other cities near Moscow since 2015 as part of the implementation of the decree “On the creation in the Moscow region of a system of technological support for regional public security and operational management” Safe Region “.

CCTV cameras are installed within the framework of city and municipal programs and operate in a single system called “Safe Region”. All data from them are sent to dispatch centers on the basis of the unified dispatch service of the Moscow region, as well as to the police department. Law enforcement officers have full access to the video archive.

The Safe Region system allows law enforcement officers not only to quickly respond to emergencies in the district, but also, if necessary, to identify criminals or perpetrators of an incident.

By the way, this system works online: police officers can monitor the situation in the city live. The portal “Safe Region” also functions, which allows them to analyze video data and control the operation of cameras.

In addition to Podolsk, city video cameras of Balashikha, Lyubertsy, Krasnogorsk and many other cities of the Moscow region are connected to the Safe Region system.

How to get a video

“Video recording from city video cameras, which work according to the Safe Region system, can be obtained by citizens by contacting the police department and writing a statement. Law enforcement officers will view the recordings from the cameras and, if the incident was recorded, they will be attached to the case, “the employee explained.

It should be borne in mind that not all CCTV cameras in Podolsk are urban.

In some large objects, office buildings and residential buildings, they were installed by private entrepreneurs, commercial organizations and even by the residents themselves. Law enforcement officers can remove video recordings from these cameras that are not connected to the Safe Region system.

Today, CCTV cameras are increasingly seen in the courtyards of apartment buildings and even in the entrances. As a rule, they are established by the management organization or the apartment owners themselves.

Access to the videos is available from the housekeeper or the watchman. They should be contacted if someone stole a bicycle from an entrance or scratched a car in the yard.

With the help of these cameras, citizens can observe the situation in the city without leaving their homes. For example, is there rain, are there traffic jams, and so on. It is very comfortable.

However, you cannot receive video footage from these cameras online. Their owners are private organizations, therefore, if necessary, you need to contact the management of these companies directly.

Today, many drivers have video recorders, and this can be of great help in collecting evidence of a particular offense. This is especially true of events on the roads or in the courtyards of Podolsk.

If you need a video recording of the incident, then you should look for motorists who were passing by at the moment and inadvertently filmed it on a video recorder. Cars parked in yards can also provide useful videos.

To find such recordings, it is worth posting on social media about the search for witnesses and video evidence. You need to briefly and accurately describe the incident and ask for help. It is best to do this in popular public places like “Overheard Podolsk”, “Typical Podolsk”, “Podolsky Driver” and similar groups.

If you manage to get a video recorder record, then you need to check if the date and time are correct, if the GPS coordinates are indicated, and then take it to the police. There they will help to draw up a statement, attach video material and testimony of witnesses to it.

Another important question: is the video recording of the offense considered evidence of the suspect’s guilt? For example, the victim managed to get a video recording from a video surveillance camera, which shows how the intruder steals a bicycle or scratches a car. But will it be taken into account directly in court?

It is worth remembering that the record can be attached to the case of the offense if it is possible to confirm its authenticity. It must be marked with the correct date and time and GPS coordinates. The authenticity of the recorded event must be confirmed by several witnesses. If it is a video from a private camera, it is imperative that it be handed over to the police immediately.

Finally, it must be borne in mind that it is the judge who decides whether to attach the video to the case.

How many recordings from CCTV cameras are stored

Recordings from surveillance cameras must be kept for a certain time, because the video archive is often used to clarify controversial situations. In the article, we will figure out what factors the storage duration depends on.

Most often, archived data is stored on the hard disk or memory card of the DVR. The hard disk has a large memory capacity and a high level of reliability. For professional systems, the hard drive is considered the only possible storage device, since we are talking about storing a huge amount of information. Models from leading manufacturers serve for several years (taking into account cyclic rewriting). But over time, any hard drive is demagnetized, and unreadable sectors appear on it.

The memory cards that come with some IP cameras and car DVRs are not suitable for storing large amounts of data. Standard models of 32 or 64 GB are enough for archiving from one observation point for 1-3 days, and then provided that the recording is carried out using a motion sensor. As a rule, this is sufficient for amateur needs.

What if you want to keep certain recordings from CCTV cameras for a long time? In such a situation, you can copy the archive files to a flash drive from a trusted manufacturer. It is recommended to store it away from sources of electromagnetic radiation and places with high humidity.

How many records are stored in private video surveillance systems

The maximum recording time for a video archive is determined on an individual basis and depends on several factors, including:

How to Connect IP Camera without NVR

For example, some organizations have video-based assessments of employee performance. Since the videos are regularly and carefully watched, there is no need for long-term storage. If the auditor notices a suspicious incident, he will immediately report the incident to the manager.

Retailers often analyze seasonal buying behavior over long time frames. In these cases, special programs for processing records and large digital media are required. The situation becomes more complicated if video surveillance affects the personal rights of citizens. Obtaining permission to access takes a long time, and this should be taken into account when calculating the retention period.

Important! CCTV recordings in commercial systems are often stored for no more than two weeks.

In some cities, a common video surveillance network operates, combining cameras in the courtyards and entrances of apartment buildings, crowded places and at intersections. The unified information system ensures the safety of citizens, helps to identify the identity of offenders and provides evidence in the event of administrative offenses or criminal offenses. records from places of mass gathering of citizens are stored for 5 days, from educational organizations. for 30 days. In other cities, other dates may be set.

See also  How to increase the RAM on a laptop

How many records are stored in UControl video surveillance systems

Data storage time in UControl systems depends on the number of cameras connected to the recorder, recording quality settings (resolution, recording speed and bit rate), recording type (continuous, motion detection or scheduled) and hard disk capacity. Simple rules apply here: the more cameras, the better the image quality settings, and the more often the recording is made, the heavier the archive will be. For example, to record the actions of employees in the office, you can set the best resolution settings, set the speed to 12 frames per second (there will be a slight slowdown effect of objects moving in the frame), and record by motion. For the control of employees, these parameters are optimal, and by increasing the recording speed to the maximum possible 25 frames per second, the movement of objects will become very smooth, but this will add the volume of recorded data.

Typically, for a small number of cameras, a 0.5-1 TB hard drive is sufficient. If you are using a lot of cameras or shooting at Full HD resolution or higher, it is better to purchase a drive with a capacity of 2-3 TB or more. For example, for a budget 4-channel Economy 7S kit, with continuous recording and the best image quality settings, an installed 500 GB hard drive will be enough for 6 days of continuous recording. At the same time, for a 4-channel HD-SDI kit Profi HD under the same conditions, a hard disk of 2000 GB is enough for 4 days of continuous recording.

© YuKontrol. All rights to photographs, texts, drawings belong to YuKontrol. Full or partial copying, reproduction in print and / or use in any form, quoting without the written permission of the copyright holder is prohibited. With the agreed use of site materials, a link to the resource is required.