TOP 10 programs for recording from a webcam

Typically free recording software. Such as MyCam, WebcamXP, ContaCam and others are distinguished by a convenient Russian-language interface and immediately after installation they allow you to record from a webcam. They have a flexible system of settings and save footage in several popular formats.

Paid camera recording software such as Active WebCam, Super Webcam Recorder and WebcamMax let you shoot and edit content at the same time. They have more opportunities. They allow you to broadcast to the Internet, automatically upload pictures taken from the camera to web pages, and use the imposition of effects on. Often these programs include the functions of a professional editor.

Also pay attention to the surveillance system separately. Special programs, for example, Axxon Next, are designed for monitoring and allow you to record all events occurring in a certain area. The functionality of such programs often includes motion detection, and recording only when the picture does not change. You can also schedule the recording to start automatically.

Live WebCam. This is a multifunctional program that allows you to take photos from a webcam, spy for users who use it, as well as manage the resulting material. One of the main advantages of this software is the ability to automatically compare the taken and the previous images, which makes it possible to exclude the same frames from entering the archive. Also, the comparison module is designed in such a way as to compensate for the “noise” of the webcam in low light.

See also  How to Improve the Quality of a Webcam

Virtualdub. Free editor with webcam shooting function. The program allows you to record from a webcam, edit in AVI format. The software does not require installation and allows you to apply to various filters, cut it into fragments, Scale, change the frame rate and bit rate, replace audio tracks, adjust brightness and contrast, etc.

Mycam. A free program that is designed to take screenshots and record from a webcam. Finished images can be saved in JPEG, BMP, and in MJPEG / MP3 and AVI formats. The program does not require any special configuration and does NOT require installation. All brands of webcams are supported.

Webcamxp. The most popular utility for webcams with which you can set up shooting from a professional camera, smartphone and even a phone camera. The program is addressed to individuals and companies who do not want to invest large sums in complex surveillance systems. With the help of the WebcamXP program and almost any web or network IP camera, you can broadcast directly to the site, change its frequency, adjust the sounds and picture quality.

Contacam. A free program that allows you to organize your surveillance system and broadcast from multIPle cameras at the same time. The program supports almost all modern camera models. Of the many functions of the application, one should first of all highlight the presence of a motion detector, multIPle windows, sound recording, logging for generating reports. The program has a built-in web server, which allows you to organize remote access from anywhere on the Earth to the camera, upload the footage to an FTP server or send it by mail.

IP Camera Viewer is a program that provides the ability to monitor. Installed it, you can view the “live” picture received from various models of IP cameras and USB web cameras. The footage can be saved in various formats to disk or removable media.

Active WebCam. Paid software that allows you to capture images from devices such as webcams, network cameras, digital or analog cameras, which are identified by Windows. One of the main functions of the program is the organization of broadcasting images on the Internet, which can be implemented as launching your own HTTP server, uploading files to FTP, or broadcasting via the web.

Super Webcam Recorder. A paid program designed to capture. Which is broadcast through a webcam with the subsequent saving of materials on a PC, a removable disk in WMV and AVI formats. over, the utility takes screenshots of the camera image at a certain time interval, as specified by the user. The program also has preset presets, which allow you to choose the optimal quality of the saved picture.

See also  How To Connect The Camera As A Web-Camera

Webcammax. This is a shareware program that allows you to shoot from a webcam and add to the image all sorts of graphic elements like animal masks, faces of famous personalities, harmless decorations like flowers, and also allows you to use color filters. 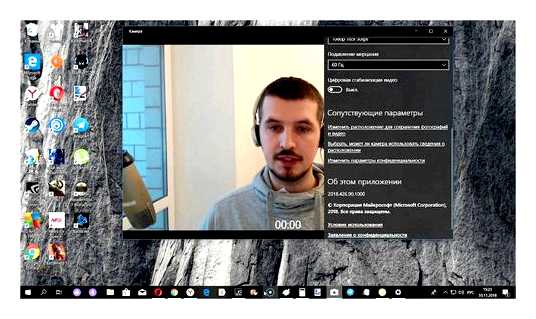 Axxon Next is a paid monitoring program. Supports more than 9900 names of IP-devices, including more than 3 thousand models of network devices, integrated using the proprietary GoPro protocol. Allows you to work remotely via a mobile device and PC. The program is easy to use, has a simple Russian-language interface and allows you to shoot events of various scales.

Thus, having become familiar with the set of programs for recording. You can decide which of the following you need to install on your computer. However, we recommend you pay attention to such as Live WebCam, VirtualDub, IP Camera Viewer. These are free programs that have a flexible system of settings, have the most complete toolkit for controlling shooting and shooting quality. Such a program can be used to shoot and edits for popular YouTube channels or organize home monitoring.