GoPro is one of the most famous action cameras. Thanks to its many different accessories, it has become synonymous with extreme sports all over the world, and its high quality captivates everyone from cyclists to skydivers. We used the reliable GoPro Hero 4 for our tests.

First, there is no denying the quality of the clIPs that GoPro records. We shot in full Full HD 1080p at 30fps. The image quality was crisp, and the road signs and license plates in front of the cars in front were easy to see on. This is very important if you rely on the record as strong evidence. Secondly, the GoPro app worked flawlessly and allowed us to view and control the recorded material via IPhone and IPad. Thus, the GoPro records excellent and easy to operate.

Does this mean GoPro can be used as a car recorder? Unfortunately not. During our tests, we identified some fundamental issues that limit the effectiveness of the GoPro as a vehicle recorder.

In addition to the fact that when installed on the windshield using a suction cup mount, it takes a significant place, the first question that we encountered. This is the battery life. Car DVRs plug into the cigarette lighter and consume power when the ignition is on and the GoPro is running on its internal battery. In our tests, a full charge lasted 1 hour and 45 minutes, which is fine for most rides, but the battery needs to be charged every evening. You can connect your GoPro with a USB cable to your cigarette lighter, but this requires the purchase of a few extra accessories.

GoPro also splits long clIPs into 17.35 minute chunks, smoothly ending one file and starting the next. Modern car recorders have a loop recording function and intervals are only a few minutes. In addition, the GoPro lacks some of the Fundamental features that make car recorders more efficient to operate. The most important ones are: a motion and shock sensor, GPS and a time and date stamp. The logger with GPS module will display your exact location on the map and, using this information, can also measure your speed. The motion sensor allows the registrar to detect a sudden and abrupt movement of your car and to protect the file that was recorded at that time, which guarantees its safety. Date and time stamp. This is a simple but important piece of evidence that allows you to easily establish that your materials relate to the incident in question, if required. Without this, the legitimacy of your evidence may be questioned.

Other smaller issues we encountered were overheating (possibly due to the plastic GoPro encasing the sun’s heat through the windshield) and difficulty in operating the camera without an app as the LCD screen is facing forward. Plus, with a wide 170-degree lens, the GoPro has an impressive field of view, but the image suffers from distortion at the edge of the frame. This is not a problem if you are filming extreme sports, but if your car camera must rely on evidence, you must be sure that the recording is clear and legible.

So, overall, while the GoPro is great for capturing a huge number of events, unfortunately it is limited when used as a car recorder. Recorders are specifically designed for maximum peace of mind when you are driving, and do so with the minimum amount of effort required on your part after installation. GoPro can be used for one-time travel, but it is NOT an everyday long-term solution.

Check out our detailed review and test shooting of this recorder here (click):

Registrar for your car
It will be useful for every car owner to purchase a Car Camcorder 1080P recorder. This is a new, high-end model with high quality in both picture and sound. Having equIPped your car with such a gadget, you can always be calm in controversial emergency situations. This unit will record all offenses committed on the road nearby. The recorder is equIPped with a display that shows what is being recorded with all additional information.

Everything you need is included

Menu in Russian
You can easily figure out all the settings, since the registrar menu is in Russian:

Date and time are superimposed on during recording.

Backlight for shooting at night
Around the lens are 6 powerful lamps for infrared illumination at once:

Such illumination is not visible to the eye and will NOT distract you and oncoming cars with its light.

What is the key to successful work?
The key to the success of such a camera is just one simple thing: 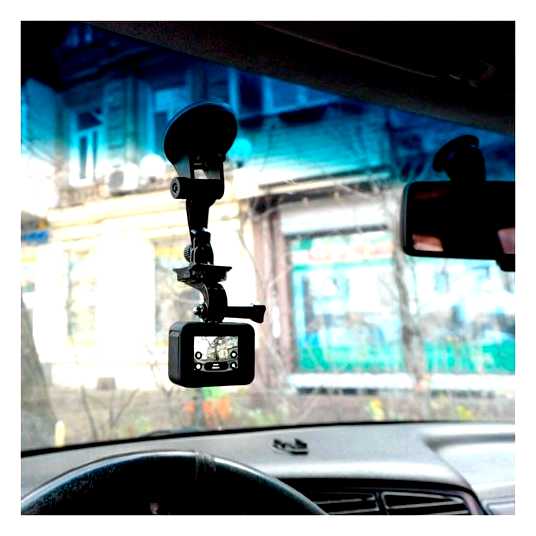 GoPro HERO 4 as a recorder: how to set up your camera

The GoPro HERO 4 Black Standard camera is very good at this. It has improved image quality and a powerful processor, making it the world leader in action cameras in the world. For motorists, it will be useful because it has the following characteristics:

To configure the camera in the DVR mode, you must set the Looping mode in the settings (there are options OFF, Max, 5, 20, 60 and 120 min).
Explain with a specific example how 20 minute loop recording works. The camera will record in a circle for the last third of an hour. The set time is divided by 5 (in any mode). In this case, 5 files will be recorded for 5 minutes. As soon as the recording of the 5th minute in the fifth file ends, the first one will start overwriting. In total, you are guaranteed to receive 4 files of 5 minutes each (last 20 minutes) and the 5th file, which is constantly overwritten as it is filled. When you press stop start, a new group of files will be recorded, and the old one will remain intact.

GoPro camera as a recorder: pros and cons of using

Since 2012. the moment the GoPro Hero 3 camera was released. connoisseurs of truly high quality in motion have the opportunity to use the device as a recorder. Earlier models performed well in this business, but they did not have a loop recording function, which is different from contemporaries of GoPro. Today, many car enthusiasts install Hero 3, 3 and 4 in all three versions (White, Silver and Black) and are very satisfied. What is the beauty of THESE cameras and are there pitfalls in their use, we will figure it out further.

GoPro Features as a Registrar

Disadvantages of GoPro as a recorder

Many users consider it a disadvantage of GoPro that it is impossible to set the date, time, coordinates and other important indicators on the records, which must be provided in court in case of proceedings. However, practice shows that this is not the most important thing. It is necessary that the recording shows where it is produced from. When installing the camera, adjust the viewing angle so that there is part of the hood and then there will be no problems.
GoPro was NOT originally intended to be a recorder, so it still has some flaws. For example, it has a built-in viewfinder, which helps to adjust the tilt angle. But it’s easy to do by connecting to the GoPro App via your smartphone.
Overall, the GoPro Hero 3, 3 and 4 do a good job and is a worthy alternative to standard devices.