How to distinguish the fake apple airpods pro

Apple Airpods Pro. Some of the most popular headphones available on the market: only in 2019 more than 60 million pieces were sold!

Active noise reduction for immersion sound. Transparency mode to hear what happens around you. Adjustable landing for comfort throughout the day.

These fantastic headphones are sold at a high price. about 250 in official stores, 1.5-2 times more expensive at resale points. Soon, after the start of sales Airpods Pro, fake headphones appeared. They can be purchased at a cost of 30 dollars.

If earlier, it was enough for a few seconds to determine the fake. Now, almost a year later, copies of Airpods Pro steel, practically identical origin. Many fake Apple Airpods Pro are sold everywhere. If you drop into popular Chinese sites or eBay, you can easily find replicas headphones that are issued for the original Apple Airpods Pro!

We have prepared this guide on how to distinguish fake airpods pro and not become a victim of deception.

So, the first impression is pleasant. an externally box completely repeats the original. Distinguish one from another will not work already with 30 cm.

All inscriptions are copied, high-grade polygraphy, here without complaints.

The first differences begin when trying to open the box. Alas, it is not Apple with its verified boxes. the fake box opens very, no, even very tight.

Inside the box we are waiting for the headset itself, like the original wrapped in the film.

All this magnificence rests in a plastic bath, which immediately gives fake. unevenly treated edges and crookedly cut hole. Under the bath laid the Lightning cable, which is not externally distinguished from the original.

It can be assumed that it will last such analogue even longer than the original, since it will not be detected from any touch.

Now to the appearance of the headset itself.

Stickers on the package

Most often on fake packaging there are no no stickers confirming the originality of the accessory.

On the present box there should be 3 stickers (may be 2, depends on which country are intended): With data on the production site, support for operating systems and serial number of the device, which can be checked by Apple Site.

Attention! Stickers with serial number of the device can be copied and passed from the original airpods, which will also break through the Apple website.

Consider Carefully Charger Case. Under its lid there is a model and a serial number of the device, which coincides with the serial number on the back of the package. Rear on Case writes the corresponding inscription: “Designed by Apple in California. Assembled in China.”. On the 1st generation Case with a wired charging, the indicator is under the lid, and on the 2nd generation Case with a wireless charging, the indicator is located outside, on the front side of the case.

How to check the airpods pro headphones on originality?

We have prepared a small article on how to do it.Remember that fake manufacturers always go on a compromise in quality. To allocate the most common places where these compromises are allowed, we have collected a comparison of the fake and original Airpods Pro.

Check the code from the inside of the charging case.

The fastest way to detect fake headphones. check the serial number that can be found on the inside of the charging case. After you find a unique code, visit Checkcoverage.Apple.COM / RU / RU / and check if Apple code confirms.

Real Airpods will be supplied with a serial number that the manufacturer will confirm on its official website. Also, this code must match the serial number indicated on the box and in the smartphone settings (if the headphones are already connected to the iPhone, go to “Settings”. “Basic”. “On this device”. Airpods)

The picture below shows how to find this unique serial number.

After you recorded this code, you will need to go to https: // Checkcoverage.Apple.COM and introduce it. If the model on the site is correct, it means that the headphones are original. Otherwise it will be stated that the serial number is incorrect.

As you can see in the image above, Airpods Pro is fully confirmed by Apple on their website.In 99% of cases, this is sufficient to confirm the originality, but it is possible that someone can change the body and insert fake headphones. Unlikely but possible.

First of all, you can distinguish the original from the fake.

On the image of the original airpods compared to fake, it can be seen that the fake have a different color for a rectangle with rounded edges.The original rectangle with the diffuser is colored black, shines slightly and reflects the light. Material for fakes is most often painted in a dark gray color that does not reflect any light.

Check the inscriptions L and R.

Despite the fact that this is a really noticeable detail on headphones, somehow manufacturers of fakes sometimes manage to miss these inscriptions.The image shows that there is no inscription “R” on the fake, denoting the right ear. Original Airpods always have inscriptions “L” and “R” on headphones.

Fake headphones at the speakers may have another color. Fake speakers have a greasy color than the original.In addition, you can also notice a smaller braid mesh density.

In addition, you can see that fake headphones may have a small plastic lining around the meshes.

Check out the bottom of the headset.

Fake Airpods Metal on the bottom side is different from the original metal. Original will always have the same size for metal on the underside, while fake airpods wider and high lining.

See also  How to connect Sony headphones to Samsung

Original and fake side clearance.

The area under the gesture on the side of the fake headphone is greater than the height compared to the original.In addition to height, it can be noted that this area is less deep than the original.

How can you notice the sensor on the fake earphone is not at all.On the original Airpods Pro, you will never see the absence of a sensor, while on the fake airpods pro it is often not enough.

The inscriptions “Designed by Apple in California” and “Assembled in China” on the back of the fakes often has a less clear and barely readable gray font. The original this text is clear and does not cause suspicion.

When examining the lower part of the Charging case, the metal contour in the fakes is thicker and more than the contour of the original case.

How to distinguish airpods 2 from fake

AIRPODS 2 Wireless Headphones from Apple is a natural addition to a mobile phone that performs communication functions, listening to audio files and voice commands. That is why many iPhone owners prefer Airpods 2.

Purchase Airpods 2 may be expensive, so the owners of smartphones of other brands are looking for alternatives. The choice of fakes consists of some of the main factors: the minimum price and maximum external similarity with the original headphones. These qualities in themselves combined the headphones of the Chinese manufacturer TWS I200. And let them have a number of impressive differences from the original Apple, very often dishonest vendors or even shops are trying to sell them under the guise of original products. So how not to get on the hook of scammers and distinguish the real airpods 2 from the fake? 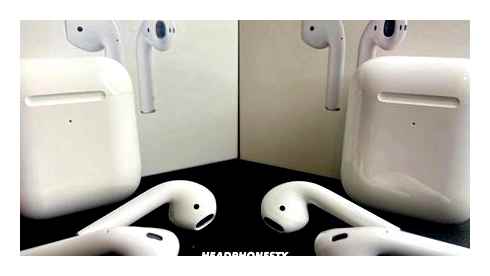 In the originals, the pattern of the mesh is located at an angle of 45 °. In copies can be located at any angle, but still not exactly. This applies to grids that close not only the speakers, but also diffusers.

The grid in the original is made of durable material. peorned metal. The replicas it begins, as it is made of textured fabric or in general from the foam rubber. If you press a finger on it or try to brush with a cotton wand, then the grid can break.

The holes of the diffusers from the original headphones are completely symmetrical, but the copies are shifted.

Where to buy original airpods in Belarus?

Most often the Chinese stamps of copies as if closed eyes. so obvious and rude differences. But they “grow” and “cultivated”, so sometimes you can fall into a trap.

To this not happen, we recommend buying Airpods and other Apple technique only from official resellers. For example, in the i-Store, the price on airpods starts from 449 BYN. New Airpods 3 stand 699 BYN.

How to check the airpod serial number

All company devices have a unique number that is tied to a product warranty (often confused with IMEI identifier).

There is a single service on the official Apple website.RU, where you can check Apple headphones at the online online number. HTTPS: // Checkcoverage.Apple.COM / RU / RU /.

To check the airpods on the originality, go to the link, enter the serial and verification code. As a result, two options are possible:

In the first case, the service determined the original Apple headphones, in the second pointed to the fake. We recommend to fill the form again to eliminate the probability of error. 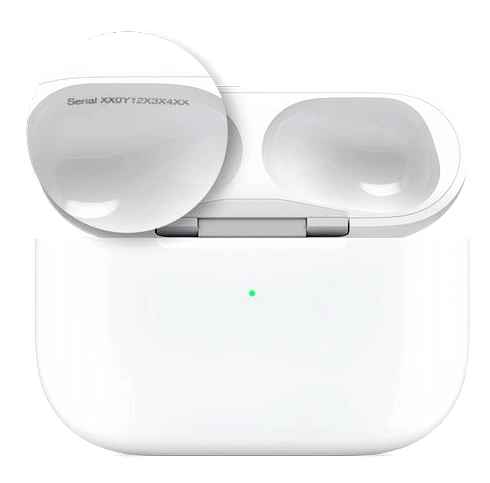